I have started playing with ADS-B data again. For those that do not know, ADS-B is a system where planes send their position, speed, heading and other telemetry to the ground via a radio on typically 1090 Mhz. This is unencrypted data that anyone with a receiver and antennas can pickup and use. 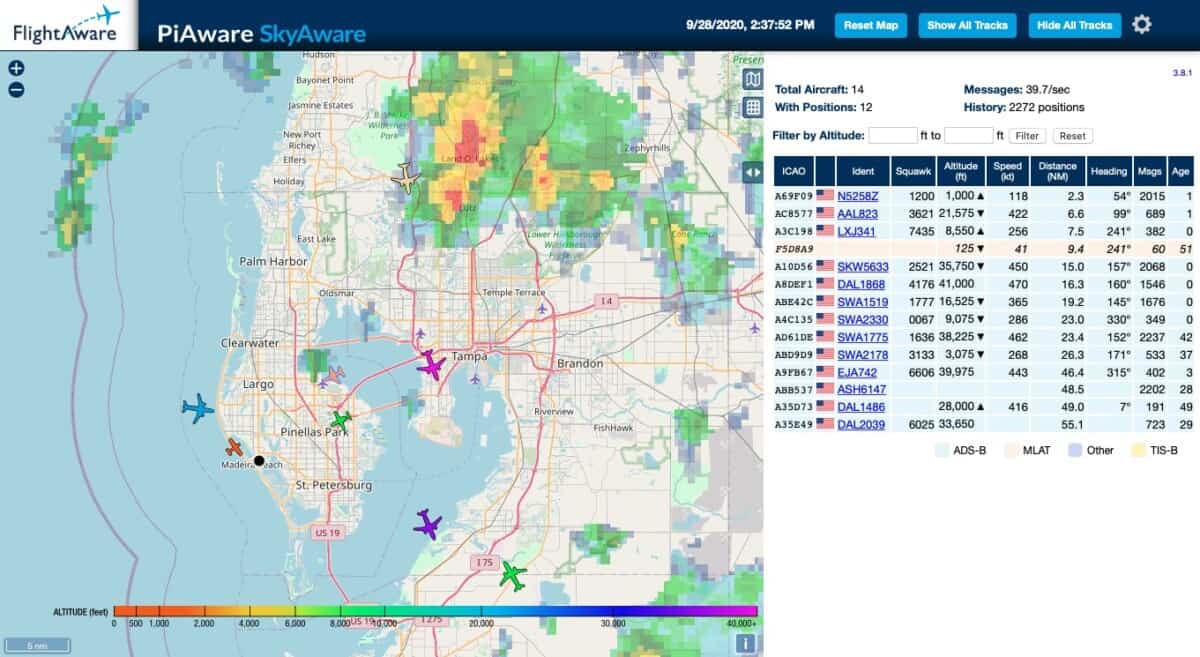 The above chart is generated by the PiAware software running on a Raspberry Pi 3B. The planes and position reports you see are all received locally by me with a small antennas sitting on the window sill in the ham shack.

If you are interested in this, you need a few things to get started.

I also added a specific 1090 Mhz antenna from FlightAware. My plan is to mount the Raspberry PI, USB Receiver, POE extractor for power to the Pi and antenna in a NEMA-4 waterproof box on my tower. This way I avoid coax loss at 1090 Mhz. I will plug the connection Ethernet cable going to my tower into the box and send network and power up that way. I can only imagine how far away I will receive signals when the pI is on the tower.

To conserve write cycles on the SD card in the PI, I also added a service called log2ram. This changes /var/log to go to a RAM drive then every hour or so sweeps the logs to disk for safe keeping. It also does it upon halt or reboot.

I will post pictures of the NEMA 4 project as I finish it up.

Published in Homebrew and Raspberry Pi

This site uses Akismet to reduce spam. Learn how your comment data is processed.